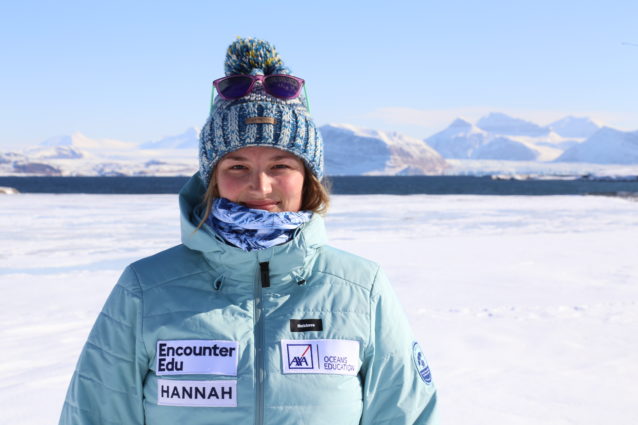 Ocean SODA are supporting and collaborating with AXA XL funded PhD student Hannah Green who is based between the University of Exeter and Plymouth Marine Laboratory. Ocean SODA will be providing some of the data for Hannah’s research into developing empirical relationships with satellite Earth observation measurements and carbonate chemistry parameters in the Arctic Ocean. AXA XL are interested in the potential risk of ocean acidification and increased low pH upwellings exacerbated by ocean acidification to future aquaculture yield and fisheries in the Arctic Ocean. Hannah’s research hopes to calculate the level of risk a reduction in Arctic Ocean pH could have on these yields.

AXA Ocean Educations programme also supports and funds Arctic Live which is a live education event that takes place in the first week of May, where live investigations and interviews with experts are brought to class rooms around the world by Encounter Education. Arctic live is based in the UK Arctic Research Station in Ny-Ålesund Svalbard, every year since 2014. Combining scientific research with outreach and education. Scientists collect data in the field at the same time as the live broadcast to classrooms, providing valuable in situ data in a regions that is under sampled. Hannah was a member of this year’s Arctic Live team, where she had her first taste of Arctic field work as well as live broadcasting. The team collected valuable carbonate chemistry data which can later be used in Hannah’s PhD research to compare outputs from empirical relationships from satellite derived data.